Make no mistake about it, this article is about treason.

Most of my readers and listeners need no introduction as to the rampant corruption of Obama and Clinton and the entire Obama administrative apparatus. However, when you are dealing with a general public, who has been so dumbed down, it is sometimes necessary to dumb down the presentation to such a degree that even a first-grader could be made to understand the extent of the treason being perpetrated against the American people by the Obama administration, particularly Obama and Clinton. Subsequently, I have constructed a first grade reader analogous to the old “Fun With Dick and Jane“.

Have you ever wondered how you could explain the Oregon controversy to your unaware and ignorant relatives, friends and co-workers”? I have the solution to your dilemma. “Kiss” is an acronym which frequently associated with the phrase “Keep It Simple Stupid”.

When explaining the state of affairs to the Fox-News crowd, simplicity is your best friend. 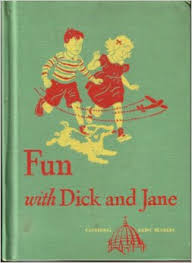 Therefore, The Common Sense Show is pleased to present:

FUN WITH BARACK AND HILLARY 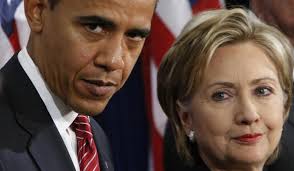 Fun with Barack and Hillary, the newest Common Core addition.

As heard on The Hagmann Report

HELP THE HAGMANN REPORT STAY FIGHTING UNTIL THE END

DONATE BY PATREON OR PAYPAL